Amok – Atoms for Peace is the debut album by the alternative rock band Atoms for Peace, released on February 25, 2013 through XL Recordings. The album features Radiohead singer Thom Yorke (vocals, guitar, keyboards and programming), Red Hot Chili Peppers bassist Flea (bass), longtime Radiohead producer Nigel Godrich (production and programming), Joey Waronker of Beck and R.E.M. (drums), and Mauro Refosco (percussion) of Forro in the Dark. ‘Andy Kellman’ the material is more about sounds — rippling rhythms, more specifically — than songs. Attempting to discern the organic from the mutated and the processed is a fool’s errand yet part of the appeal. Listeners will be either unnerved or fascinated by the use of Flea’s low-throbbing lines, which add warmth, rarely propel, and are sometimes obscured beneath piles of shifting percussion.
It received generally favourable reviews from critics. Amok has a score of 76 out of 100 on review aggregate site Metacritic, indicating “generally favourable reviews”. Alexis Petridis of The Guardian wrote: “As a technical exercise, Amok is hugely impressive … its sound is rich and deep, full of intriguing shifts and contrasts. But there are times when it feels the painstaking process used to create it may have assumed a greater importance than the business of actually writing songs … Still, when Amok works, the results are spectacular. 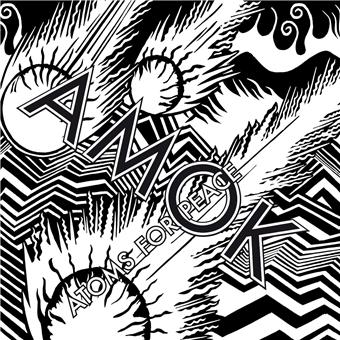 Jack Johnson – From Here To Now To You