Dean Carlson:  ‘ At first repulsive and overbrewed, Bonobo – Animal Magic slowly takes shape as a solid debut of narcoleptic down tempo. Which isn’t too surprising: Bonobo’s Simon Green is known for making friends with intelligent electronic adventurers Mr. Scruff and Amon Tobin, and choosing a moniker after a species of chimpanzee Chris Morris made famous. In fact, his fusion of encouraging trip-hop, helium voices, and sitars probably isn’t the quickest way to get you humming in the bath. But intimation is rarely used in pop music, and when it’s put up against an uncharacteristically emotional pallor (“Kota,” “Sugar Rhyme”), you’re rewarded for your patience. If you hear Lionrock’s hypnogogic avant-splatter or the solar affection of Air, that’s because Green shares their use of textural organics in the middle of low-key electronic mood music. Although the result is not as colorful as Lemon Jelly, or as amusing as Bent, there’s a balance that’s just as effective, using the power of suggestion instead of cleverness to avoid the pitfalls of so much half-realized, barely aware chill-out that’s always been in the market ironically fighting so fiercely for attention. ‘ 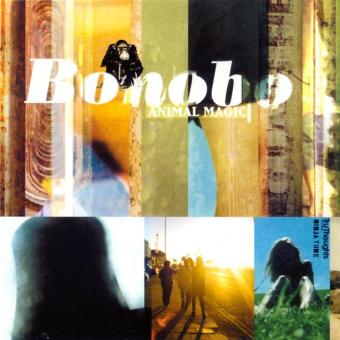