Published on 15 September 2019 by Streamy

Steve Kurutz:  This 1970 release by former Band of Gypsy’s drummer Buddy Miles is, quite simply, one of the great lost treasures of soul inspired rock music. From the funky drive of the title track to Miles’ plaintive singing on “I Still Love You, Anyway” and Greg Allman’s “Dreams,” the album is filled with the best qualities of both genres. Not only does Miles prove himself to be a great interpretor of songs, but with the title track and “Heart’s Delight,” he demonstrates his ability to write solid material on his own. Complimented by the Memphis Horns, Miles’ songs soar and swing as hard as any Stax release, and his voice, underutilized when he played with the Electric Flag and Hendrix, combines the nuance of soul singing with the grit of rock. Them Changes is definately worth the extra effort to try to locate. ‘ 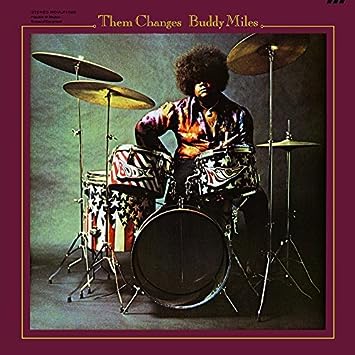 Flotation Toy Warning – The Machine That Made Us