The fun, quirky single “Video Killed the Radio Star” garnered The Buggles international attention in 1980, but it was just one of The Age of Plastic’s fascinating, futuristic visions. From the title track’s opening strains, Trevor Horn and Geoff Downes transform your living room into a world of Jetson-like proportions. It’s a world, though, where technology is seen for what it is — full of both promise and frightening implications. On “I Love You Miss Robot,” a metaphorical love affair with a robot explores modern man’s relationship to, and dependence on, technology. “Kid Dynamo”‘s spirited tempo, biting lyrics, and menacing vocal track questions the loss of imagination plaguing the mass media age. For the most part, The Age of Plastic is a fun record that doesn’t need to be taken too seriously, though a subtle sense of loss is woven throughout. Variety is the constant and tracks vary from the giddy “Video,” to the dark and pulsating “Johnny on the Monorail..” The vision here is so beautifully articulated that the superb musicianship and production wizardry is easily overlooked. Paradoxically, Horn and Downes employed electronic devices (which were considered new and cutting edge in the late seventies) to create an album which, at times, spoke eloquently about their drawbacks. With Buggles – The Age of Plastic, Horn and Downes stamped an indelible image in the collective pop psyche. What is equally impressive is the sound of this disc given its analog origins and 1980-release date. While hiss can be heard in some of the quieter passages, it would be difficult to find a record from this era that sounds half as good. Pop rarely reaches these heights. –by Jeri Montesano

Buggles – The Age of Plastic Tracklist 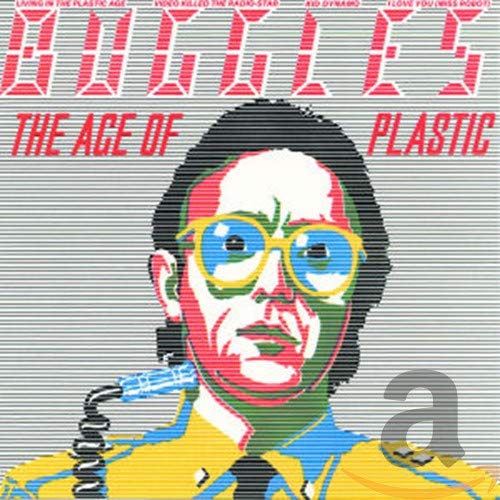