Fish Out of Water is the only solo album by English bass guitarist Chris Squire. Chris Squire – Fish Out of Water was released in 1975 on Atlantic Records during a period of inactivity from his progressive rock band Yes. Bill Bruford and Patrick Moraz of Yes contribute to the record, while Squire employs his signature bass skills as well as 12-string guitars and vocals. Also on the album are Mel Collins on saxophone and Squire’s friend Andrew Pryce Jackman on piano. The album is in the same vein as the Yes album of the previous year, Relayer, though the sound is more fleshed out with the help of a full orchestra and the jazz context of “Lucky Seven”. It was a moderate success, reaching number 25 on the UK Albums Chart.

Mike DeGagne: ‘Yes-like in every possible aspect, Chris Squire – Fish Out of Water is an album that’s typical of his band’s progressive formula: softened keyboard extensions à la Patrick Moraz, steady yet atmospheric percussion work from Bill Bruford, and a smattering of flute and saxophone that accompanies a small orchestra, which includes effective horn and harp work. Squire’s guitar playing is standard, coming to life the most on “Silently Falling” and “Lucky Seven,” with the former boosted by a rather dazzling synthesizer solo from Moraz. Even though there are few surprises laid out on the album’s five tracks, the elemental composition of pure ’70s progressive rock is strewn across each song from start to finish. Squire even sounds like Jon Anderson, especially on “Hold out Your Hand,” and each of the song’s melodies cater to Squire’s vocal ascent. Fish out of Water harbors some firm instrumental and vocal cross-breeding while remaining well within the prog rock norm.’ 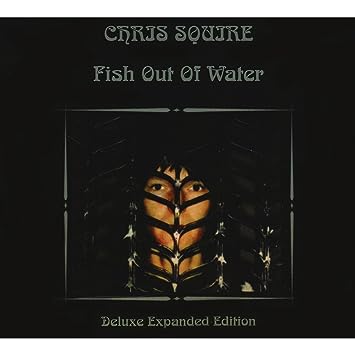