Enigma is an electronic musical project founded in Germany by Michael Cretu, David Fairstein and Frank Peterson in 1990. The Romanian-born Cretu conceived the Enigma project while working in Germany, but based his recording studio A.R.T. Studios in Ibiza, Spain, from the early 1990s until May 2009, where he has recorded all of Enigma’s studio releases to date. Cretu is both the composer and the producer of the project. His former wife, pop singer Sandra, often provided vocals on Enigma tracks. Jens Gad co-arranged and played guitar on three of the Enigma albums. Peter Cornelius also contributed to Enigma during the 1990s. From the late 1970s onward, Michael Cretu already had his own music career on his hands and apart from some collaboration efforts with several other musicians, he also produced his wife’s albums.  In December 1990, after eight months of preparation, Cretu released Enigma’s debut album, MCMXC a.D., which received over 60 platinum-level sales awards worldwide, and topped the charts in 41 countries, directly becoming the most successful Virgin Records act during that time. The album was Cretu’s first commercial success through the single “Sadeness (Part I),” which juxtaposed Gregorian chants and sexual overtones over a dance beat that was very peculiar to the ears of the public at that time.

Perry Seibert: ‘Enigma – Remember the Future features music and images familiar to any fan of their style. This disc offers a standard full-frame transfer. English soundtracks are rendered in both Dolby Digital Stereo and PCM Stereo. There are neither subtitles nor closed-captions on this release. Though this EMI disc contains no special features, fans of this genre of music should enjoy the 11 songs performed. However, there is little here to interest the average DVD consumer. ‘ 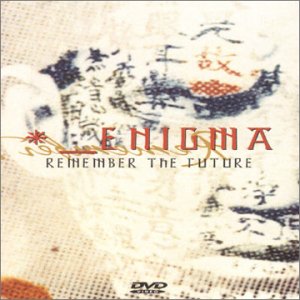