George Winston – Autumn is the second solo piano album by pianist George Winston, released in 1980. It was re-issued in 2001 with a bonus track “Too Much Between Us” on the Dancing Cat label. Self-described “rural folk piano” player George Winston was among the earliest and most successful proponents of the genre of contemporary instrumental music later dubbed new age. Although born in Michigan in 1949, he was raised primarily in Montana, the extreme seasonal changes he experienced there later greatly influencing the pastoral feel of his music. Influenced by the stride piano of Fats Waller and Teddy Wilson, Winston turned from rock and R&B to jazz, and soon released his first solo piano effort, Ballads and Blues 1972, after which he mysteriously retired from music for the next several years….

Discovering the music of the legendary New Orleans R&B pianist Professor Longhair in 1979 was the epiphany Winston was seeking to inspire a return to performing; signing to the Windham Hill label, between 1980 and 1982 he recorded a trilogy of albums — Autumn, December, and Winter Into Spring — of impressionistic, seasonally themed piano musings which laid much of the groundwork for the new age boom to follow. Winston’s music continued to grow in popularity and influence in the years to follow, but in typically enigmatic fashion, he virtually dropped from sight for the remainder of the ’80s, resurfacing only in 1986 to score a reading of The Velveteen Rabbit by actress Meryl Streep. 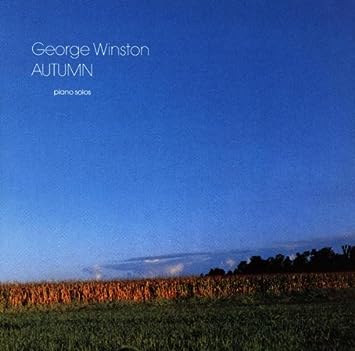