Bruce Eder: ‘Kate Bush’s first album, Kate Bush – The Kick Inside, released when the singer/songwriter was only 19 years old (but featuring some songs written at 15 and recorded at 16), is her most unabashedly romantic, the sound of an impressionable and highly precocious teenager spreading her wings for the first time. The centerpiece is “Wuthering Heights,” which was a hit everywhere except the United States (and propelled the Emily Brontë novel back onto the best-seller lists in England), but there is a lot else here to enjoy: The disturbing “Man with the Child in His Eyes,” the catchy rocker “James and the Cold Gun,” and “Feel It,” an early manifestation of Bush’s explorations of sexual experience in song, which would culminate with “Hounds of Love.” As those familiar with the latter well know, she would do better work in the future, but this is still a mightily impressive debut. ‘

Kate Bush – The Kick Inside Tracklist 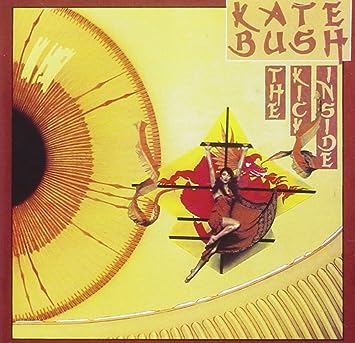