Korn is the eponymous debut studio album by the American nu metal band Korn. It was released on October 11, 1994, through Immortal/Epic Records.The album’s themes mainly are based on topics such as child abuse, drug abuse and bullying. The controversial album artwork depicts a young girl being approached by a large man who is holding what appears to be a horseshoe or, more presumably, blades; furthermore, the girls’ shadow gives the appearance that her body is being hanged due to the position of the band’s logo.
‘Stephen Thomas Erlewine’ With little publicity, radio play, or MTV exposure, Korn took their eponymous 1994 debut to platinum status. Like all unexpected successes, it’s easier to understand its popularity in retrospect. Although they disdain the “metal” label, there’s no question that Korn are among the vanguard of post-grunge alt-metal outfits. Borrowing from Jane’s Addiction, Rage Against the Machine, Pantera, Helmet, Faith No More, Anthrax, Public Enemy, and N.W.A, Korn developed a testosterone-fueled, ultra-aggressive metal-rap hybrid. They’re relentless, both in their musical attack and in lead singer Jonathan Davis’ bleak, violent lyrics. Tales of abuse and alienation run rampant throughout the record. It’s often disturbing and, to some ears, even offensive, but their music can have a cathartic effect that makes up for their vulgarity and questionable lapses in taste. It’s a powerful sound and one that actually builds on the funk-metal innovations of the late ’80s/early ’90s instead of merely replicating them. 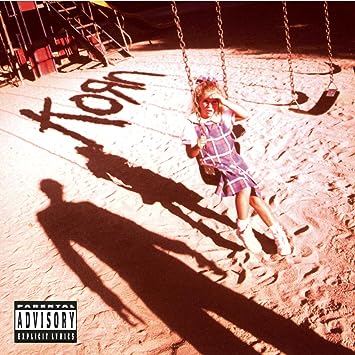