Origin of Symmetry is the second studio album by English alternative rock band Muse, released on 17 July 2001 by Taste Records. The album was a critical and commercial success in the UK, it peaked at number 3 in the UK Albums Chart[4] and was certified platinum. The title and theme for the album comes from a concept put forward by the theoretical physicist Michio Kaku in his book Hyperspace. Origin allowed Muse, previously a promising band often likened to Radiohead, to fully demonstrate the breathtaking scope of their sound and ambition. Unlike the relatively dour and understated work of many of their contemporaries, Muse chose to mix the grandeur of classical music, metal, prog rock, and ‘alternative’ rock to create a massive, grandiose soundscape like no other. Several of the tracks on this album include piano passages from Rachmaninoff; throughout one also encounters huge orchestral-type arrangements, spectacular organ, light-and-dark contrast of the kind not heard since the heyday of the Smashing Pumpkins, and some truly awesome falsetto singing. The album has made appearances on lists of the greatest rock albums of the 2000s, both poll-based and on publication lists. In 2006 earned the spot of 74 on Q Magazine’s 100 Greatest Albums of all Time. Later in February 2008 a Public Vote for Q Magazine placed the album in #28 of the Best British Albums of all time. 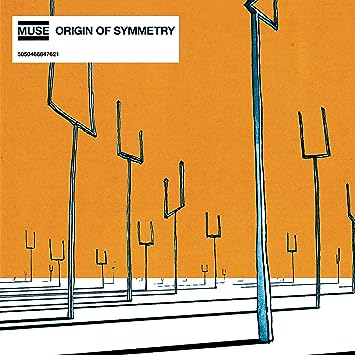 Enya – The Very Best Of Enya