Jason Ankeny: ‘Perhaps best likened to a marching band on an acid trip, Neutral Milk Hotel’s second album is another quixotic sonic parade; lo-fi yet lush, impenetrable yet wholly accessible, In the Aeroplane Over the Sea is either the work of a genius or an utter crackpot, with the truth probably falling somewhere in between. Again teaming with producer Robert Schneider, Jeff Mangum invests the material here with new maturity and clarity; while the songs run continuously together, as they did on the previous On Avery Island, there is a much clearer sense of shifting dynamics from track to track, with a greater emphasis on structure and texture. Mangum’s vocals are far more emotive as well; whether caught in the rush of spiritual epiphany (“The King of Carrot Flowers Pts. Two and Three”) or in the grip of sexual anxiety (“Two-Headed Boy”), he sings with a new fervor, composed in equal measure of ecstasy and anguish. However, as his musical concepts continue to come into sharper focus, one hopes his stream-of-consciousness lyrical ideas soon begin to do the same; while Mangum spins his words with the rapid-fire intensity of a young Dylan, the songs are far too cryptic and abstract to fully sink in — Neutral Milk Hotel – In The Aeroplane Over The Sea is undoubtedly a major statement, but just what it’s saying is anyone’s guess. ‘

Neutral Milk Hotel – In The Aeroplane Over The Sea Tracklist 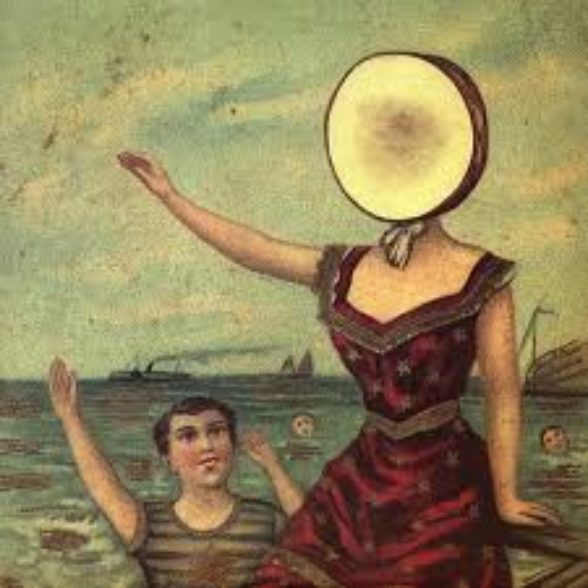