Stephen Thomas Erlewine: ‘Peter Gabriel introduced his fifth studio album, Peter Gabriel – So, with “Sledgehammer,” an Otis Redding-inspired soul-pop raver that was easily his catchiest, happiest single to date. Needless to say, it was also his most accessible, and, in that sense it was a good introduction to So, the catchiest, happiest record he ever cut. “Sledgehammer” propelled the record toward blockbuster status, and Gabriel had enough songs with single potential to keep it there. There was “Big Time,” another colorful dance number; “Don’t Give Up,” a moving duet with Kate Bush; “Red Rain,” a stately anthem popular on album rock radio; and “In Your Eyes,” Gabriel’s greatest love song, which achieved genuine classic status after being featured in Cameron Crowe’s classic Say Anything. These all illustrated the strengths of the album: Gabriel’s increased melodicism and ability to blend African music, jangly pop, and soul into his moody art rock. Apart from these singles, plus the urgent “That Voice Again,” the rest of the record is as quiet as the album tracks of Security. The difference is, the singles on that record were part of the overall fabric; here, the singles are the fabric, which can make the album seem top-heavy (a fault of many blockbuster albums, particularly those of the mid-’80s). Even so, those songs are so strong, finding Gabriel in a newfound confidence and accessibility, that it’s hard not to be won over by them, even if Peter Gabriel – So doesn’t develop the unity of its two predecessors. ‘ 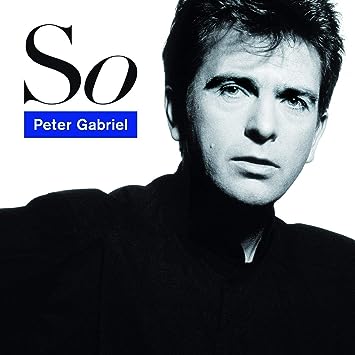