Rush – Hemispheres is the 6th studio release from Rush. Released in 1979, it was the last of 2 albums to be recorded in the UK.

Greg Prato: ‘While such albums as 1980’s Permanent Waves and 1981’s Moving Pictures are usually considered Rush’s masterpieces (and with good reason), 1978’s Rush – Hemispheres is just as deserving. Maybe the fact that the album consists of only four compositions (half are lengthy pieces) was a bit too intimidating for some, but the near 20-minute-long “Cygnus X-1 Book II – Hemispheres” is arguably the band’s finest extended track. While the story line isn’t as comprehensible as “2112” was, it’s much more consistent musically, twisting and turning through five different sections which contrast heavy rock sections against more sedate pieces. Neil Peart had become one of rock’s most accomplished lyricists by this point, as evidenced by “The Trees,” which deals with racism and inequality in a unique way (set in a forest!). And as always, the trio prove to be experts at their instruments, this time on the complex instrumental “La Villa Strangiato.” Geddy Lee’s shrieking vocals on the otherwise solid “Circumstances” may border on the irritating, but Hemispheres remains one of Rush’s greatest releases.’ 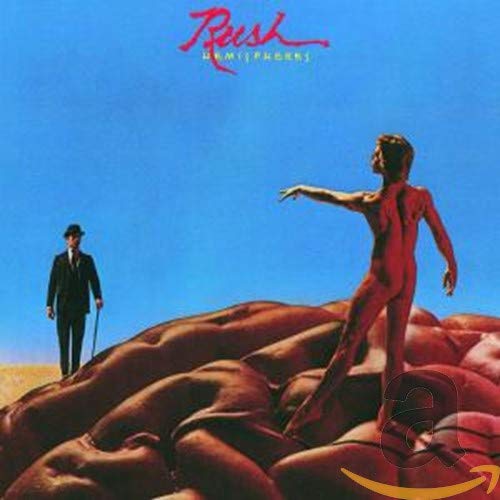