Sophia is an indie rock band consisting of Robin Proper-Sheppard, former member of The God Machine, and the Sophia collective, a group of musicians who collaborate with Sophia. “Oh My Love” from People are like Seasons became an indie hit in several countries.
After the release of the final The God Machine album in 1995, Proper-Sheppard set up the Flower Shop label, putting out records from the likes of Elevate, Ligament, and Swervedriver. He also began recording a year later as Sophia. Sophia sounded nothing like The God Machine. Instead of ear-busting and grating, they were low key and introspective. With the help from other Flower Shop artists – Graham Miles (Elevate), Dan Mulligan (Oil Seed Rape) and James Elkington (Elevate) – he recorded 1996’s Sophia – Fixed Water featuring the single “Are You Happy Now”. 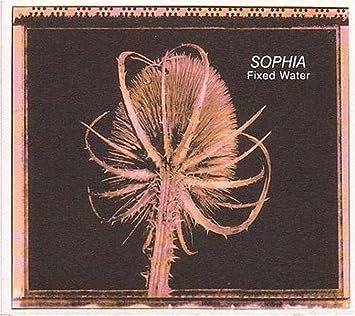