Time Out is a jazz album by The Dave Brubeck Quartet, released in 1959 on Columbia Records, catalogue CL 1397. Recorded at Columbia’s 30th Street Studio in New York City, it is based upon the use of time signatures that were unusual for jazz such as 9/8 and 5/4. The album is a subtle blend of cool and West Coast jazz. It peaked at #2 on the Billboard pop albums chart, and has been certified platinum by the RIAA, the first jazz album to ever achieve that status. ‘Steve Huey’ Dave Brubeck’s defining masterpiece, Dave Brubeck Quartet – Time Out is one of the most rhythmically innovative albums in jazz history, the first to consciously explore time signatures outside of the standard 4/4 beat or 3/4 waltz time. It was a risky move — Brubeck’s record company wasn’t keen on releasing such an arty project, and many critics initially roasted him for tampering with jazz’s rhythmic foundation. But for once, public taste was more advanced than that of the critics. It doesn’t just sound sophisticated — it really is sophisticated music, which lends itself to cerebral appreciation, yet never stops swinging. Countless other musicians built on its pioneering experiments, yet it’s amazingly accessible for all its advanced thinking, a rare feat in any art form. This belongs in even the most rudimentary jazz collection. 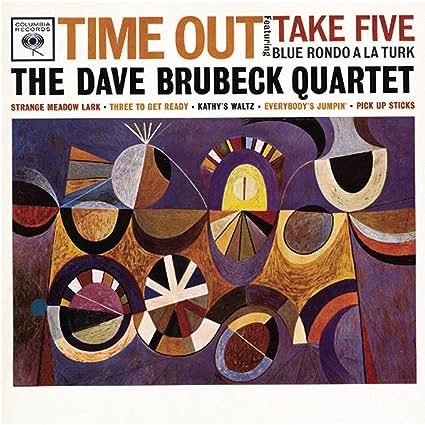