Published on 3 February 2020 by Streamy

The Lumineers are a folk rock band, based in Denver, Colorado. The two founding members and songwriters of the Lumineers are Wesley Schultz (lead vocals, guitar) and Jeremiah Fraites (drums, percussion). Schultz and Fraites began writing and performing together in New Jersey in 2005. Neyla Pekarek (cello, vocals) joined the band in 2010. Stelth Ulvang (piano), and Ben Wahamaki (bass), joined the band as full-time members in 2012. The band’s self-titled debut album was released on Dualtone Records on April 3, 2012, eventually peaking at number 2 on the Billboard 200 chart in January 2013. As of December 2013, their debut album has been certified Platinum in the US and Ireland, with Gold certifications in the UK, Australia and Canada

Steve Leggett: ‘The Lumineers, a folk-rock trio out of Denver, Colorado, have a pretty interesting sound, an Americana mesh of folk, rock, and gospel that is similar in tone to the Waterboys, say, or an alt-folk version of Bob Dylan circa Desire, thanks in no small part to Neyla Pekarek’s inventive cello. And there are some very good tracks on this debut album, including the chamber honky tonk of “Dead Sea,” the delightfully goofy but then ultimately sad and elegant “Submarines,” and “Stubborn Love,” which manages to be bright and chiming while also being haunting and mournful. Not everything here clicks together at that level, but each track is inventive, and when the songwriting and arrangements cross paths perfectly, as they do in the above songs, this is a delightful band.’ 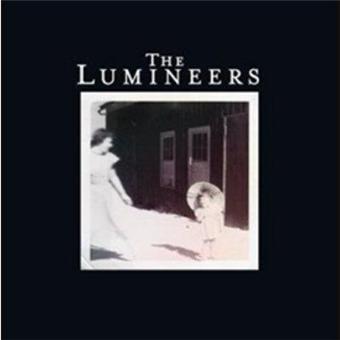