Passionate, insanely evocative and provocative, Matt Johnson’s The The create their masterpiece, ‘Mind Bomb’, with the help of ex-The Smith’s genius guitarist/songwriter, Johnny Marr. It manages to achieve the accomplishment of not only being The The’s best album, but one of the best complete works of music of both the 80’s and 90’s. Ranking very near, if not at the top, of the greatest albums of the Modern Rock era, 1989’s “Mind Bomb” is not merely a collection of eight songs, but a seamless, flowing journey through the darkness and light of the human condition. Matt Johnson, an emotive vocalist and lyricist at his worst, shows here that he can reach deep into his own soul to retrieve and give voice to sentiments and suspicions that are rarely touched upon in polite company, but are commonly held by many. The objective of the album, achieved completely, is the taboo act of tearing away the shrouds that guard religeon, race, sex, society, and love. The whole world is laid bare at your feet in “Mind Bomb”, a testimony to the desperation and cynicism that people enforce upon themselves in order to rise above nature. The The – Mind Bomb at first not an easy listen, but one which will eventually become a part of the listener’s being; that is, if he or she is sympathetic to the cause of finding some shred of meaning in life.

The The – Mind Bomb Tracklist 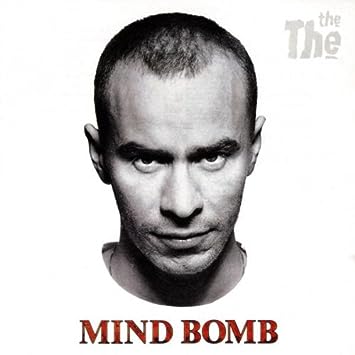 Category Alternative Pop/Rock Tag 1989 The The