David Jeffries: ‘A second swing at the all-cover version formula, Labour of Love II doesn’t even come close to the lively original. It’s encouraging to see a more interesting set of selections and it would lead one to think that the album isn’t a contrived cash-in. Too bad the band falls prey to the same antiseptic digital production that was marginalizing much of the dancehall scene. UB40 – Labour of Love II downplays the band’s driving horn section in favor of sterile keyboards and electronic percussion replaces acoustic. Covers of R&B chestnuts “Here I Am (Come and Take Me)” and “The Way You Do the Things You Do” are enjoyable enough, but the band has a harder time adding much to the reggae-sourced numbers. Only the Heptones’ wonderful “Baby” gets a decent workout, with the rest only serving as reminders of how well the originals were written. It would take the band four years to return to the studio, perhaps an indication of the fatigue and doldrums affecting this album. –by David Jeffries 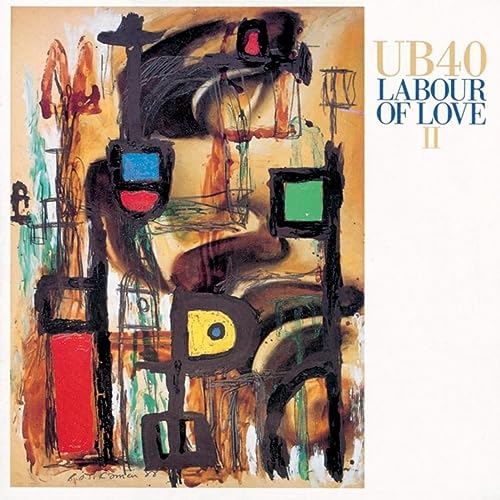