Published on 21 September 2019 by Streamy

Stephen Thomas Erlewine: ‘ Among revolutionary rock albums, Van Halen’s debut often gets short shrift. Although it altered perceptions of what the guitar could do, it is not spoken of in the same reverential tones as Are You Experienced? and although it set the template for how rock & roll sounded for the next decade or more, it isn’t seen as an epochal generational shift, like Led Zeppelin, The Ramones, The Rolling Stones, or Never Mind the Bollocks Here’s the Sex Pistols, which was released just the year before. But make no mistake, Van Halen – Van Halen is as monumental, as seismic as those records, but part of the reason it’s never given the same due is that there’s no pretension, nothing self-conscious about it. In the best sense, it is an artless record, in the sense that it doesn’t seem contrived, but it’s also a great work of art because it’s an effortless, guileless expression of what the band is all about, and what it would continue to be over the years. The band did get better, tighter, over the years — peaking with their sleek masterpiece 1984, where there was no fat, nothing untidy — but everything was in place here, from the robotic pulse of Michael Anthony and Alex Van Halen, to the gonzo shtick of David Lee Roth to the astonishing guitar of Eddie Van Halen. There may have been antecedents to this sound — perhaps you could trace Diamond Dave’s shuck-n-jive to Black Oak Arkansas’ Jim Dandy, the slippery blues-less riffs hearken back to Aerosmith — but Van Halen, to this day, sounds utterly unprecedented, as if it was a dispatch from a distant star. Some of the history behind the record has become rock lore: Eddie may have slowed down Cream records to a crawl to learn how Clapton played “Crossroads” — the very stuff legends are made of — but it’s hard to hear Clapton here. It’s hard to hear anybody else really, even with the traces of their influences, or the cover of “You Really Got Me,” which doesn’t seem as if it were chosen because of any great love of the Kinks, but rather because that riff got the crowd going. And that’s true of all 11 songs here: they’re songs designed to get a rise out of the audience, designed to get them to have a good time, and Van Halen – Van Halen still crackles with energy because of it…. ‘ 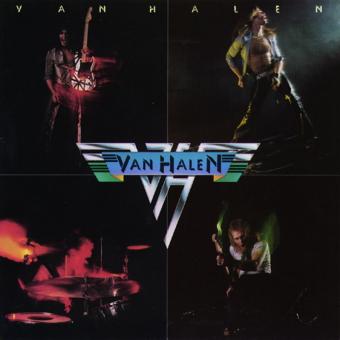