Published on 2 September 2019 by Streamy

Octavarium is the eighth studio album by American progressive metal band Dream Theater. Released on June 7, 2005, it was the band’s final release with Atlantic Records. Recorded between September 2004 and February 2005, the album holds the distinction of being the last album ever recorded at The Hit Factory in New York City. With Octavarium, the band decided to create “a classic Dream Theater album”, drawing upon their various stylistic influences while trying to make the music less complex. Octavarium peaked in the top five in the Finnish, Italian, and Swedish charts, and in the top ten in the Dutch, Japanese, and Norwegian charts. Critical reception of the album was generally positive; the diversity of the music was praised, although critics found some of the songwriting to be inconsistent.

Tammy La Gorce: ‘Prog rockers Dream Theater tallied 19 years as a band with the release of Octavarium, but in listening you’re apt to suspect otherwise. As a collective they remain as tight as they were on 2003’s obsessively dark Train of Thought (like all music-school outfits, they’ve exacted an all-for-one formula that doesn’t allow a single player more than his share of swagger), but a post-hardcore edge — call it a leap into 2005 — has invaded their pledge of allegiance to theatrical heavy rock. Hear it on “I Walk Beside You” and “The Answer Lies Within,” both of which, at under five minutes, play like charming haikus from a band known for its epic poetry, and also on the orchestra-backed 20-plus-minute final cut, which skips around from Pink Floyd to Rush to Black Sabbath influences, stopping off every so often at a place fans of My Chemical Romance might find familiar. As with all the band’s discs, guitars loom large and both doom and redemption seem no further than the next twisted verse. What’s changed is Dream Theater’s commitment to carrying on their reputation as underground progressive rock’s classicists, and it seems well-timed. ‘ 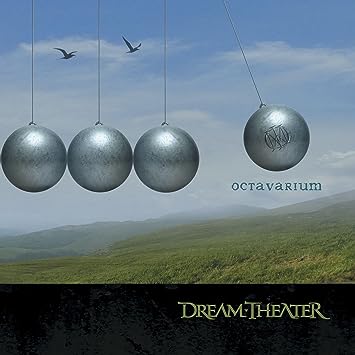 Madonna – Confessions On A Dance Floor