Edward Christopher “Ed Sheeran (born 17 February 1991) is an English singer-songwriter. Raised in Framlingham, Suffolk, he moved to London in 2008 to pursue a musical career. In early 2011, Sheeran released an independent extended play, No. 5 Collaborations Project, which caught the attention of both Elton John and Jamie Foxx. He then signed to Asylum Records. His debut album Ed Sheeran – + (2011), containing the singles “The A Team” and “Lego House”, was certified quintuple platinum in the United Kingdom. In 2012, he won two BRIT Awards for Best British Male and British Breakthrough. “The A Team” won the Ivor Novello Award for Best Song Musically and Lyrically.

Amazon: So now there is the album, entitled Ed Sheeran – +. “I’d like to say it’s all about positivity, ” Ed laughs, “but really it’s just a cool sign that I love. It is also one step on from all the independent releases I have done. ” Ed’s album was released in September 2011 (in the UK) and features a host of very special songs. “Small Bump” is a true story, with the most heart-wrenching twist, about a friend and her baby. “Lego House” is a love song that imagines a world where you can, (“pick up the pieces and build a lego house, and if things go wrong we can knock it down! “). “Wake Me Up” was written while sat, really drunk, under a tree by Jamie Foxx’s pool (that’s another story). “Grade 8” (“your body is my ball-point pen/ and your mind is my new best friend… “) sees Ed as a worrier/warrior with bloodshot eyes, his heartstrings being twanged by a virtuoso guitarist. The truth is, there’s not a bad song on it, precisely because Ed wouldn’t dream of allowing there to be a bad song on it, he’s that type of guy. As you will soon see. “I have slept on a different sofa every night for two and a half years so I can do this, ” Ed says. “But the sofa thing can get lonely. I’m ready for my own place now; I’m ready for the next level. “ 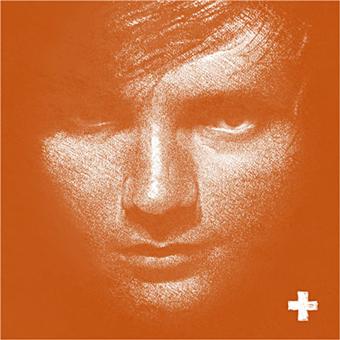