Scott Holter: ‘Taking a break from his day job fronting rock heavyweight Pearl Jam, Eddie Vedder immerses himself into the big-screen story of a young man who gives all his money to charity and hitchhikes to a new life–and his eventual death–in the wilds of Alaska. Prompted by the film’s creator, Sean Penn, to contribute to the musical score, the Seattle musician tackled the entire project, playing every instrument on the soundtrack’s nine original and two cover songs. Vedder contemplates the traveler “setting forth in the universe” in the opener “Setting Forth,” then tracks in the remaining songs the realizations and disillusionments that follow. A wish comes true in banjo-plucked “No Ceiling” to “up and disappear,” while affluence is questioned on the hard-rocking “Far Behind,” with Vedder singing, “Empty pockets will/Allow a greater sense of wealth.” No song in the album’s first half exceeds two-and-a-half minutes, remedied by Vedder’s pertinent five-minute stamp on the remake of Indio’s “Hard Sun,” complete with eerie backing vocals by Sleater-Kinney’s Corin Tucker. The songwriter puts wealth on the hot seat in “Society,” questioning, “If less is more/How you keepin’ score?” The darkly sung folk song bookends the reticent declaration “Guaranteed,” wonderfully delivered and quietly strummed, in which the prodigal Vedder wraps the journey in one line: “Leave it to me as I find a way to be/Consider me a satellite forever orbiting.” (The record is packaged like a hardcover book, with vivid photography and lyrics.)’ 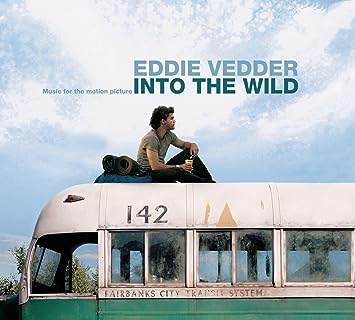