With a Little Help from My Friends is the first album by singer Joe Cocker, released in 1969. It was certified gold in the US and peaked at No. 35 on the Billboard 200. The title track was written by John Lennon and Paul McCartney and originally performed by The Beatles on the album Sgt. Pepper’s Lonely Hearts Club Band;
This is an incredible album, showcasing Joe Cocker’s unique soulful vocals and brilliant song interpretations. The musicians are first rate, including Henry McCullough, Albert Lee and Jimmy Page, Guitar; Chris Stainton, Tommy Eyre & Steve Winwood, keyboards, and Procol Harum’s organist and drummer: Matthew Fisher and the late B.J.Wilson. For me, the highlight of this exceptional set is the title track which was released as a single prior to the album and of course was a huge hit, remaining a classic today. ‘Bruce Eder’ Joe Cocker’s debut album holds up extraordinarily well across four decades, the singer’s performance bolstered by some very sharp playing, not only by his established sideman/collaborator Chris Stainton, but also some top-notch session musicians, among them drummer Clem Cattini, Steve Winwood on organ, and guitarists Jimmy Page and Albert Lee, all sitting in. It’s Cocker’s voice, a soulful rasp of an instrument backed up by Madeline Bell, Sunny Weetman and Rossetta Hightower that carries this album and makes “Change in Louise,” “Feeling Alright,” “Just Like a Woman,” “I Shall Be Released,” and even “Bye Bye Blackbird” into profound listening experiences.

Joe Cocker – With A Little Help From My Friends Tracklist 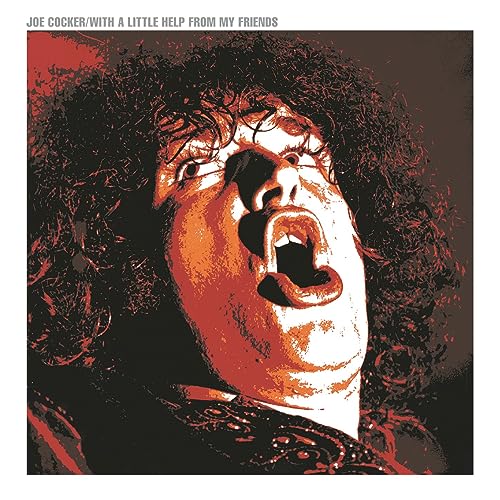