Olias of Sunhillow is the debut solo album by Yes lead singer Jon Anderson, released in 1976. It was one of the most successful of Yes band member debut solo efforts to that date, reaching No. 8 in the UK charts and breaking into the US Top 50. Olias Of Sunhillow is a progressive rock concept album which tells the story of an alien race and their journey to a new world (the story printed in the LP jacket calls it “the earth”, lowercase ‘e’) due to a volcanic catastrophe.

Olias, the title character, is the chosen architect of the glider Moorglade Mover, which will be used to fly his people to their new home. Ranyart is the navigator for the glider, and Qoquaq (pronounced ‘ko-quake’) is the leader who unites the four tribes of Sunhillow to partake in the exodus.  The music is written and performed almost entirely by Anderson, who dubs vocals, plays guitar and harp, and adds percussion and the occasional synthesizer to flesh out his ideas so that at no point does the music lose its spellbinding effect for lack of sonic detail. Olias of Sunhillow is faithful to the spirit of Yes, though decidedly more airy than that band’s visceral style — its closest comparison would be Fragile’s “We Have Heaven” or Going for the One’s “Wonderous Stories”  on the vocal tracks, and Vangelis on the instrumental tracks. 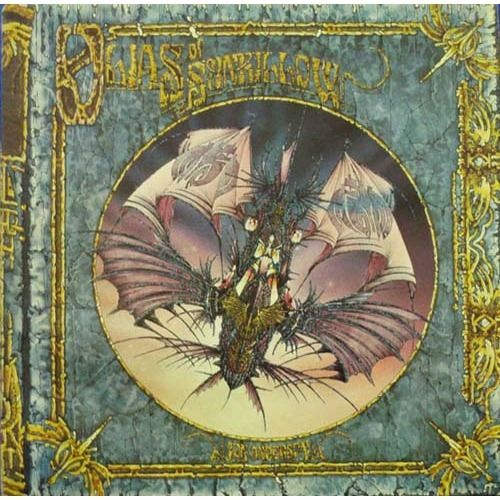