Tim Sendra: ‘José González earned himself a lot of fans with his first album, Veneer. Songs from it were placed in TV shows and featured in ads, he appeared on Top of the Pops and played festivals, and became a sought-after guest vocalist for electronic artists (Zero 7, Savath & Savalas, Plan B). His intimate, tender sound featuring just his voice and a skillfully played acoustic guitar struck a chord all around the world. ….  In Our Nature is a near sonic clone of Veneer, right down to the cover of a classic electronica track (this time it’s Massive Attack’s “Teardrops”). This is great news for people looking for more of the same quiet, stark, but beautiful songs and performances, but if you were looking for some kind of change or progression, you’re out of luck unless you listen quite intently and get past the smooth surface. What you’ll find are more political lyrics (like on the opening “How Low,” which shoots verbal daggers at war-mongering world leaders), more passionate vocals, some more forceful guitar playing, and a general sense of urgency and unease bubbling underneath the prettiness. It may take a few listens before the record reveals itself as a relative cauldron of restrained emotion, but it’s worth the effort. Or you could choose to let the moody songs and melancholy atmosphere relax and sooth you. Either way the record is sure to please the fans who latched on to Veneer.’

José González – In Our Nature Tracklist 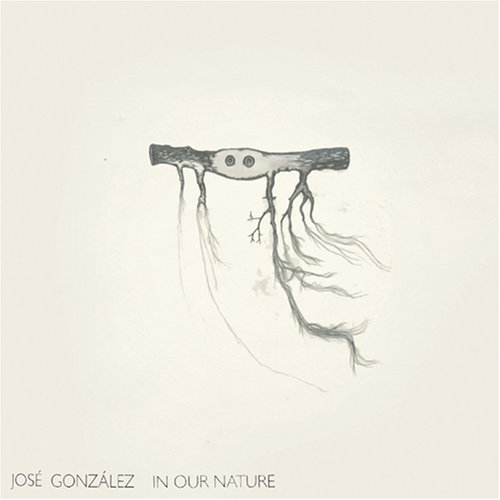