Published on 4 September 2019 by Streamy

Unknown Pleasures is the debut studio album by English post-punk band Joy Division. It was recorded at Strawberry Studios in Stockport in April 1979, with Martin Hannett as producer, and was released on 15 June 1979 by Factory Records. Joy Division’s `Unknown Pleasures’ arrived in 1979 without warning or fanfare. Product inwards, this group was immediately different: austere, minimal graphics; monochrome, formal clothes; ascetic, modernist titles. And then there’s the music, whose beauty, power, and long-term importance is hard to measure. In 1979, many things didn’t exist in rock, and Joy Division, with this record, brought them into being. ….Melodic, dolorous bass, treated as a lead instrument. Baritone vocals, harsh, deep and dramatic, but with no interest in theatrics. Metronomic, disinterested percussion. Textural, ambient guitar that also bites, warps, and attacks. Third, production-as-aesthetic. Since its release, Unknown Pleasures has received a number of accolades from the music press. Describing the album as “punk on the edge of goth, with echoes of disco and the Doors”, Rolling Stone ranked the album at number 24 in its list of the “50 Coolest Records”. Spin has ranked the album at number 11 in its list of the “50 Most Essential Punk Records” 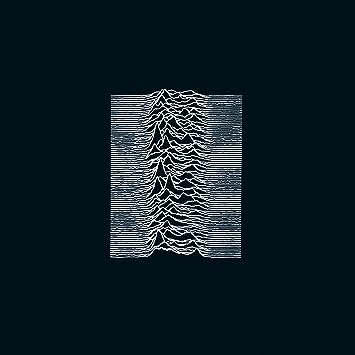