James Christopher Monger: ‘ To call Michael Franks schmaltzy is like calling Santa Claus jolly, but what sets him apart from his contemporaries is his ability to deliver each clever yet wince-inducing rhyme with a wink. Michael Franks – Watching The Snow is comfort food with all the trimmings, and it’s a testimony to Franks’ laid-back demeanor and subtle humor that an entire record of original holiday songs can complement a snowy December day rather than accentuate its forced seasonal cheer. Dressed to impress by Franks’ conversational vocal style, Chris Hunter’s mellow sax attack, and Charles Blenzig’s fireplace keyboard meanderings, it requires nothing but the two-bites-from-being-uncomfortably-full sensation of a post-dinner nap to render the listener grinning in half-comatose reverie. Originally released in Japan in 2003, Snow finds Franks musing on everything from decorating the mango tree (“Island Christmas”) to snowmen blowing smoke rings (“When the Snowman Sings”) with equal parts sentimental melancholy and irreverence. Each track is lovingly crafted, astronomically inoffensive, and wine-drunk silly and sincere. Even at his most biting, on “I Bought You a Plastic Star (For Your Aluminum Tree),” where he croons “Easy credit may not cure your ills/Unless your address is in Beverly Hills/Spend all ye faithful with all your might/We’re gonna have ten years of silent night,” Franks’ delivers the lines more like a teasing uncle than a bitter old grandpa, resulting in a fine addition to the ever-expanding holiday genre. Proceeds from Watching the Snow go to the no-kill shelter, sanctuary, and animal welfare organization Hearts United for Animals.’ 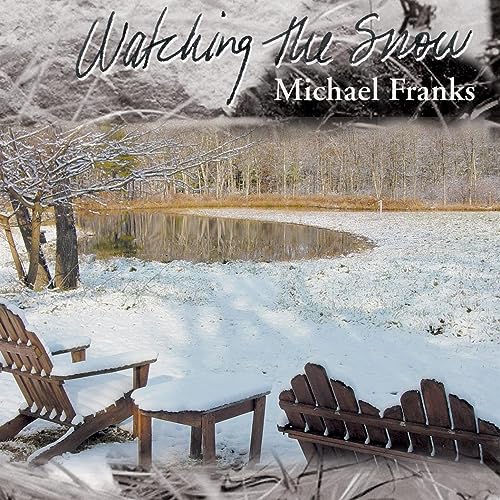