Chelsea Girl is the debut solo album by Nico. It was released in October 1967 by Verve Records, also home to The Velvet Underground. The name of the album is a reference to Andy Warhol’s 1966 film Chelsea Girls, in which Nico starred. Many of the songs on the album have instrumental work from The Velvet Underground, whom Nico had previously collaborated with the year before on The Velvet Underground & Nico, as well as song writing credits from members of the band. The song “I’ll Keep It with Mine”, which is also featured on the album, was written by Bob Dylan, and the album also features three songs by Jackson Browne, who also contributes guitar to the album.
Musically, Chelsea Girl can be described as a cross between chamber folk and 1960s pop. The musical backing is relatively simple, consisting of one or two guitars or, alternatively, a keyboard instrument, played by either Browne or (a combination of) her Velvet Underground colleagues. There are no drums or bass instruments. Adding to the chamber folk feel of the music is the strings and flute arrangement superimposed over the initial recordings by producer Tom Wilson and arranger Larry Fallon without involving or consulting Nico. 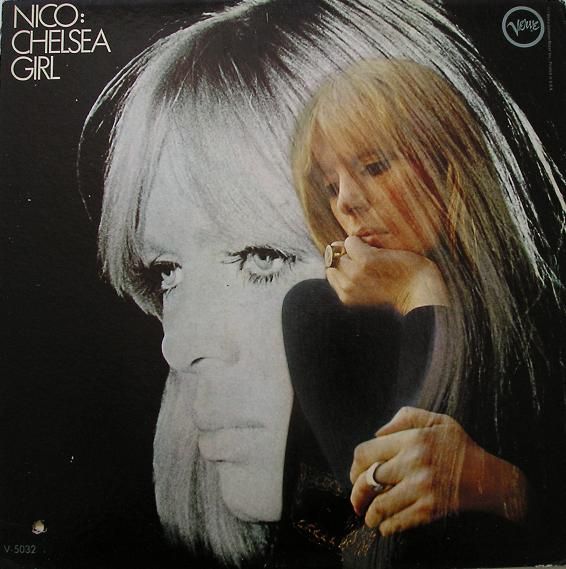