“Pink Floyd – Echoes: The Best of Pink Floyd” is a compilation album by Pink Floyd. It was released by EMI Records in the United Kingdom on 5 November 2001 and the following day in the United States through Capitol Records. It debuted at number 2 on the Billboard 200 album chart on 24 November 2001, with sales of 214,650 copies. It remained on the chart for 26 weeks. The album was certified Gold, Platinum and Double Platinum on 6 December 2001 in the US by the RIAA. It was certified Triple Platinum in the US on 8 January 2002, and Quadruple platinum on 10 September 2007.

Zac Johnson: ‘ There are many highlights on Pink Floyd – Echoes: The Best of Pink Floyd: the inclusion of the Floyd holy grail “When the Tigers Broke Free,” a sweeping Waters military dirge that has only appeared in the film The Wall, and the fascinating “Shine on You Crazy Diamond, Pts. 1-7,” which has never before been released without the break in the middle (but conspicuously missing parts eight and nine). The confusing inclusion of “The Fletcher Memorial Home” (possibly just to cover something from The Final Cut) and three songs from the decidedly mediocre Division Bell stand out as obvious head-scratchers, making the die-hard Pink Floyd fan wonder if compiler James Guthrie was really clear on what this album should represent. Guthrie’s job was unfortunately doomed from the start; since Pink Floyd’s strength has always been in the band’s rich, sprawling albums, listening to selections cut and chopped from here and there makes it almost like watching three-minute segments from Citizen Kane, Gone With the Wind, and Apocalypse Now, knowing full well that they hold together much better as whole works. Still, Echoes is nearly the best possible assembly of the band’s individual songs one could hope for, and collectors and completists should be overjoyed. That being said, anyone just getting into this group’s fascinating sound would be much better off starting with Dark Side of the Moon, then working forward, then backward from there: the time honored system of hungrily consuming the Pink Floyd catalog that has stood for generations. ‘

Pink Floyd – Echoes: The Best of Pink Floyd Tracklist
*Side one 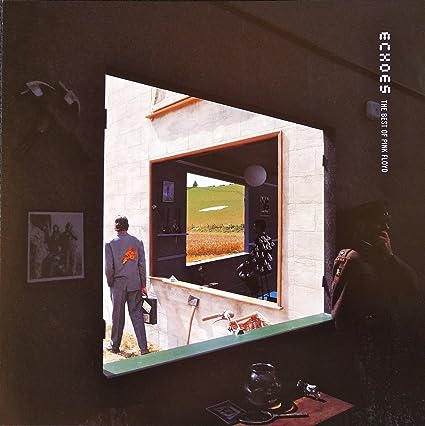